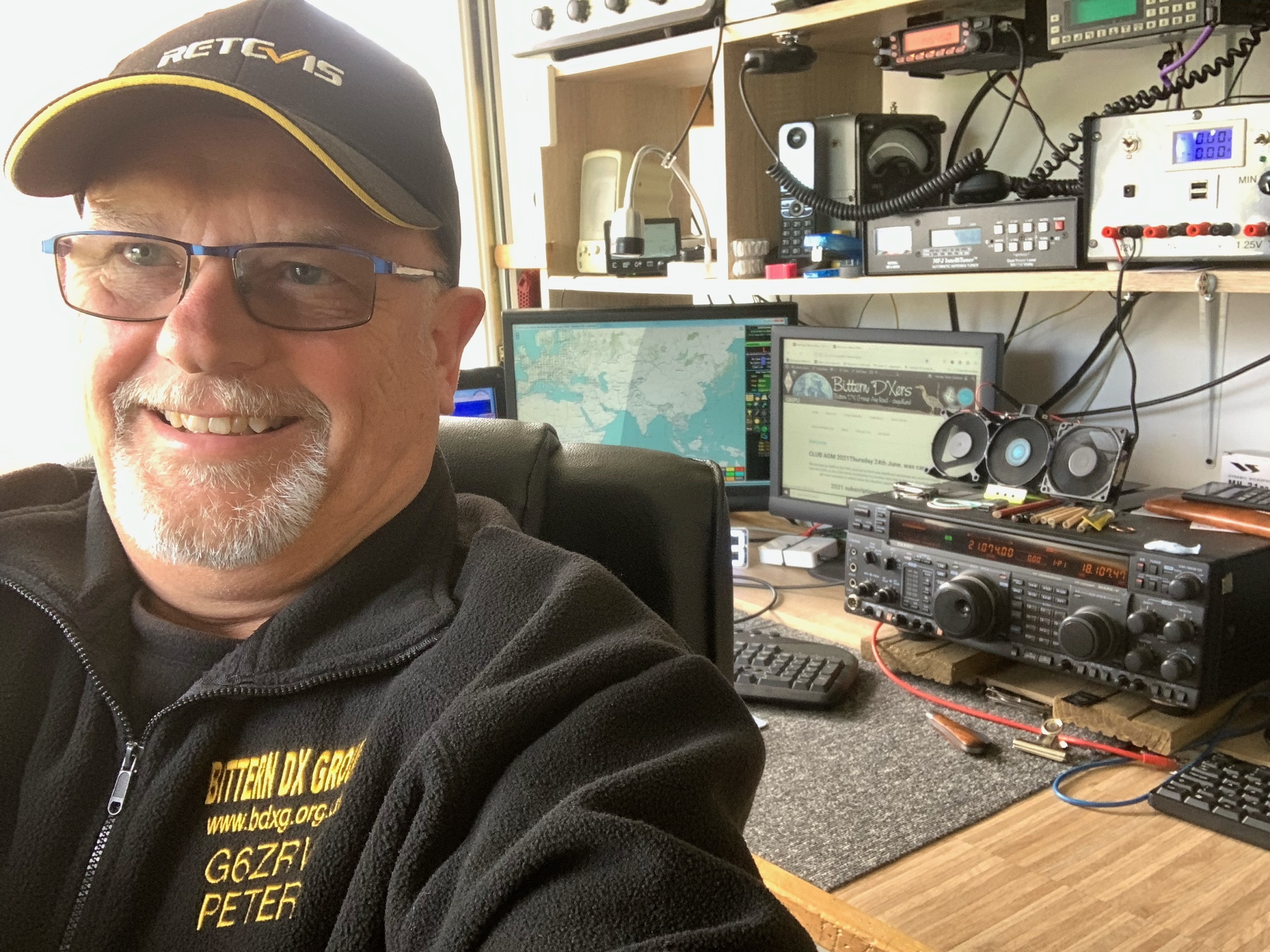 Hi My Name Is Peter G6ZRV,

From a very early age I had been fascinated with electrical & electronics it was later that I became interested in radio first with radio control of model aeroplanes (I built my own radio control sets) and then when CB was made legal in 1980’s as a group of radio modellers we all had CB’s to keep in touch.

On noticing my CB aerial on the car an old radio amateur approached me asked me if I would be interested in learning about “Real Radio” and I thought how difficult can it be? as I had a very basic interest in electronics I thought that the coarse designed for electronic technicians would be just up my street just three months then the exams, on attending the first lesson the instructor ask who was the one with no experience of working in the electronic industry because there is always one well it was ME, it was me! He did not think that I would be able to pass the RAE with the course that I was on but I did and with credits on both exams.

That gave me the “B” licence and chance to operate on 2m but not HF as you needed to learn Morse code and pass a quite hard test (my opinion) to get the full ”A” licence. Time family and work got in the way and I let my licence laps…….. Fast forward to 2014.

I had the good fortune to meet the Bittern DX group at a special event station put on at my classic car club show (my other interest) where I was told that the rules had changed and “B” licence holders were now allowed to go onto the HF bands, another year passes still no nearer to reactivating my licence.

2015 now and I have retired, and ready to have a go again. Thanks to help from Steve M0HET and encouragement from all the Bittern members I am now back in the amateur radio family and thoroughly enjoying it. My main interest is in Data having hearing difficulty I find the recording spoken call signs and locators  hard work so data is the way to go for me PSK, FT8 are my chosen modes. But I have been known to participate in VHF, UHF, SSB HF FT4 and FT8 contests. QTH: Reepham Norfolk UK about 145ft above sea level.

Greatfull Thanks To Steve ” Balders” For All He Has Done For The Club Over The Last 8 years. Steve Will Be Continuing His Roll As The Clubs Main Training Garu.